Excerpts from an article in The Guardian's How To Eat series:

This is not a dessert; it is a snack. That is not to downplay it. Elongate that pleasure for as long as possible. Revel in that chocolate brownie. But this is a food to be eaten, as an infrequent, rarefied treat, outside meal-times at 11pm, 4pm or similar – and on its own.

The chocolate brownie is too rich to follow other foods and serving it as pudding detracts from its essential appeal. A good brownie is its own self-contained world: sweet, slightly salty potentially, dense with the cocoa, berry and tobacco notes of high-quality chocolate. It needs no augmentation.

Restaurant kitchens, however, find it impossible to send a chocolate brownie naked into the world. They inevitably sauce it and garnish it, and turn the now muffled brownie into a mere component in a confused mess of a dish. They also insist on serving brownies hot, often unforgivably microwaving the heat in, when a brownie is most expressive at room temperature...

Even when you are served an unadorned brownie (in a coffee shop, say), there is a further problem: you will be given a fork. You do not have to use it. But you may feel forced to; and if you do, it will lessen your enjoyment... it is best eaten with your fingers, at a leisurely pace, breaking off pieces and letting them melt in your mouth, while periodically sucking gloop from your fingers...

Do not oversweeten your brownies. Go super-easy on the flour and preferably leave out baking powder altogether. HTE demands a fudgy, almost ganache-like centre. You’re not making a sponge cake...

In 99% of cases, from raspberries to gold leaf, additional ingredients are unnecessary... Decorative sliced strawberries and dustings of icing sugar persist in Britain, even outside garden-centre cafes, but must be robustly resisted.

More at the link.
Read the whole story 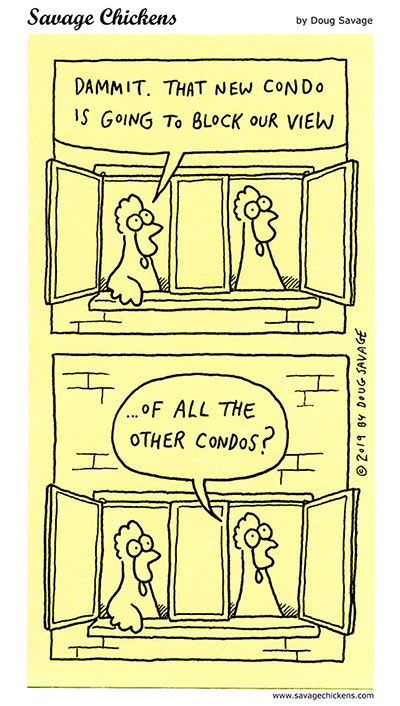 greglopp
reply
A little too close to home
Houston, TX

"Give me a good sharp knife and a good sharp cheese, and I'm a happy man". Perhaps not a quote you'd expect from the creative mind behind Game of Thrones, but maybe George R.R. Martin is onto something.

According to this infographic, there is a clear, statistical link between self-reported levels of life satisfaction in countries worldwide (vertical axis) and the per-capita supply of dairy products — in this case, butter (horizontal axis).

Of course, butter is not cheese: for one thing, it contains only trace elements of casein, a chemical compound associated with dairy, but much more prevalent in cheese, which causes a feeling of euphoria.

Yet as the map shows, an abundance of butter does make people happy. Or could it be a case of correlation instead of causation? In that case, something else influences both life satisfaction and the availability of butter to go up and down together. Perhaps… the associated availability of cheese?

No butter, no joy

So, what does the map actually show? On the horizontal axis, the butter supply per capita:

For those countries (and those plotted near them on this graph), low, middling or abundant per-capita butter supply corresponds with low, middling and high levels of life satisfaction:

Middle of the road, in both categories

On the other hand, Egyptians get more than 1 kg of butter per year yet linger on the wrong side of 4/10 on the "Cantril Ladder," which measures life satisfaction.

Happiness is a warm knife. Through butter. Lots of butter

Nevertheless: "In my time studying global food and nutrition I've never seen the issue (illustrated) with such clarity," says Hannah Ritchie, an environmental scientist and data visualization specialist at Oxford University, who published this graph on her Twitter.

Ritchie is the co-author of Our World in Data, which uses infographics to illuminate a broad range of subjects, including population, health, energy, the environment and, yes, food.

Got a strange map? Let me know at strangemaps@gmail.com. 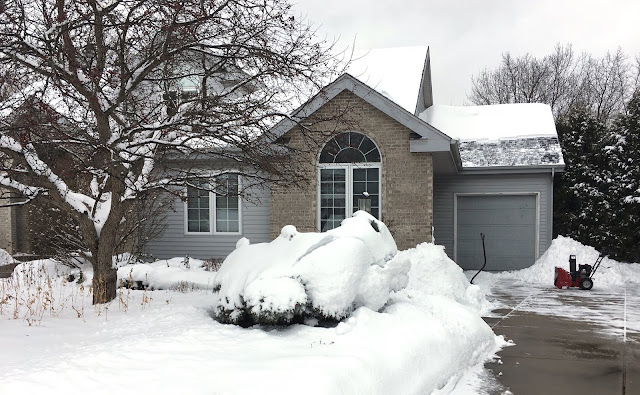 Just like ‘hygge’, ‘pyt’ does not have a direct English translation. Some interpretations include ‘never mind’, ‘don’t worry’ or ‘forget about it’ – but these expressions don’t convey the positive aspect of the word. ‘Pyt’ is used to express that you accept a situation is out of your control, and even though you might be annoyed or frustrated, you decide not to waste unnecessary energy on thinking more about it. You accept it and move on. ‘Pyt’ is also used to comfort other people and diffuse unfortunate situations.

‘Pyt’ is so beloved by Danes that in September 2018 it was chosen as the nation’s favourite word in a competition held by the Danish Library Association during the country’s annual ‘Library Week’...

“Pyt is one of my favourite words; it’s the most positive sound I have ever heard. And it has an enormous power when it comes to letting go of things we can’t change. There is so much relief in that word.”

The power of the word has been harnessed in other ways, too. It’s passed down to children at kindergarten and primary school through the introduction of a ‘pyt’ button. This is usually just a plastic lid with ‘PYT’ written on it, glued to a piece of cardboard and placed somewhere centrally in the classroom, to be used in situations where children feel upset about not coming first in a race or winning a game. Essentially, they learn from an early age that losing is OK, as this is also part of real life.

Charlotte Sørensen, a head teacher at Søndervangskolen in the town of Hammel, Jutland, told me: “The ‘pyt’ button is genius. It doesn’t work for all children, but for some of them, it’s great. The action of pressing a physical button seems to help them clear their minds and move on.”

I needed a new word to help cope with arguably the most unpleasant winter I've ever experienced.  Had to rake my roof for a record 4th time, repeatedly salt the driveway and chop ice from the walkways and deck.  Yesterday we had freezing rain followed by rain followed by freezing rain followed by snow, and now that all that is frozen up, temps are forecast to remain below freezing for the next week even in midday.  Winds 40-50 mph today, so I'm not eager to go out to the mailbox, where when I shovel the packed snow the road plows leave in the driveway, I have to lift it to shoulder-height.  PYT!!! 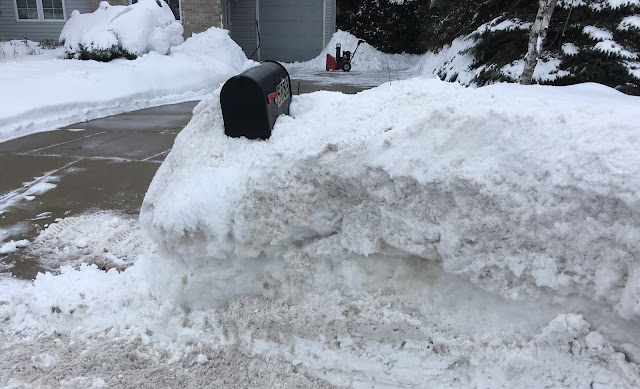 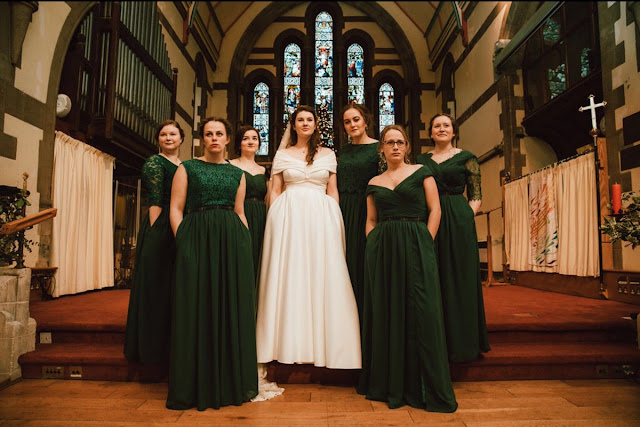 "Men don't understand what's so special about this picture, but women know immediately."

The explanation is at Neatorama.
Read the whole story

Feeding America (formerly known as America’s Second Harvest) is a non-profit organization that receives food donations from farmers, manufacturers, and retailers and distributes them to food banks around the nation. As this excerpt from Tim Sullivan and Ray Fisman’s book, The Inner Lives of Markets, tells it, this system was working pretty well but wasn’t as efficient as it could be, resulting in food being wasted and people going hungry.

Food banks might provide feedback on their likes and dislikes, but at its core, the Second Harvest allocation still resembled 1960s-era Chinese central planning (which, free-market economists will note, helped to cause the Great Famine of 1959-61). Second Harvest’s management felt that it was falling short in its efforts to get food banks the donations they most needed. Prendergast gives the example of sending potatoes, unbidden, to a foodbank in Idaho that already had warehouses full. Or delivering milk to a bank that didn’t have the refrigeration capacity to store it and so would end up throwing it away. In fact, Second Harvest would sometimes turn down food donations from giant food companies because they weren’t sure where to send it. Second Harvest was also, at the time, treating different kinds of food as the same — a pound of broccoli was the same as a pound of cereal was the same as a pound of potato chips. When it comes to feeding the poor and hungry, however, not all foodstuffs are of equal value.

So Feeding America asked University of Chicago economist Canice Prendergast to design a market for the donated food, hoping that would make things run more efficiently. After listening to concerns raised by the food banks, particularly from the smaller ones who didn’t want to get out-muscled in the market by the larger banks, they came up with an economy where food banks were given shares to bid on the food they wanted each day.

Crucially, the market was overseen by a “central banker”, so that certain market dynamics didn’t result in a disruption of the ultimate goal of getting the most food to the people that needed it.

Food bank presidents, the market designers discovered, were hoarders of shares. To keep the market from dipping into a deflationary spiral, Prendergast needed to pump extra shares into the market to encourage bidding. There was also the ebb and flow of goods into it to consider. Some days, Kraft might dump half a dozen container — loads of mac and cheese into circulation; other days there’d be none. If everyone used their points to bid on mac and cheese, the prices of, say, potato chips and broccoli would plummet, not because broccoli was suddenly worth less, but because of a temporary surge in the supply of more desirable donations. So extra shares would need to be put into circulation to prop up prices — lest Arnold see last week’s lower price of potato chips and bid too timidly on them, misinterpreting short-run price declines as permanent ones. Similarly, in a dry spell of donations, shares would be withdrawn from the market: Since there was so little to bid on, there would be a run-up in prices unless the number of shares also declined.

As a result of their implementation of an economy, a couple of benefits emerged. First, Feeding America learned which foods were most sought after by banks (i.e. those for which the bidding was highest) and were able to be more aggressive in seeking out donors for them. Second, the amount of total food donations doubled, with about 25% of the increase directly attributable to the market:

As Prendergast reports in an academic paper summarizing the Second Harvest market experiment, the annual supply of food donations increased by 50 million to 100 million pounds as a result. Twelve million pounds can be traced directly to the market itself, in the form of excess donations that flush food banks placed into the market in exchange for shares. That’s 12 million pounds of food that would otherwise have been wasted.